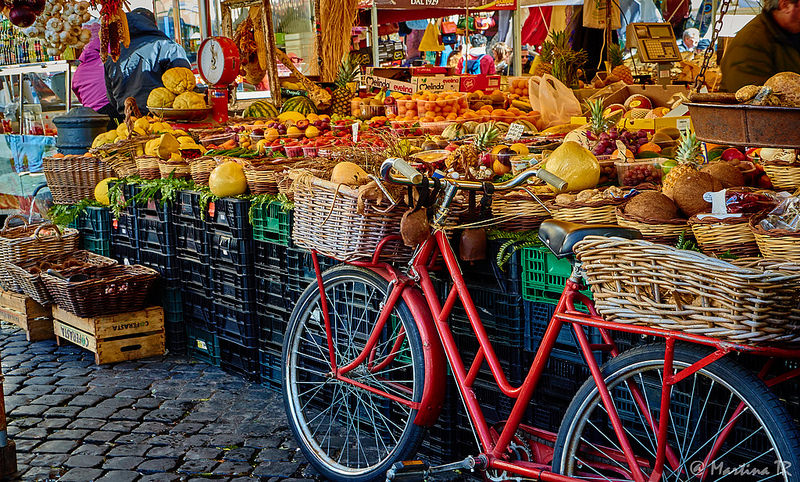 We all know, when talking about food, few places in the world could compete with Italy. Home of some of the most renowned and praised wines and dishes, in fact, Italy is a must destination for all food lovers. Beside the fact that in every place there’s something worth to be tasted, every region of the peninsula has its own traditional dishes, and it is not always a good idea looking for some specialties outside their regional boundaries… so, when in Rome do as the Romans do!

Rome, capital of Italy and of the Lazio region has an historical importance represented today by the many historical evidences in the city. Due to its importance and position in ancient times, roman cuisine has evolved a lot through the centuries and has experienced influences and culinary habits by the many regions touched by the expansion of the Impero. Now a day roman food and drinks are renowned all over the world and many people keep on looking for the authentic roman food recipes.

Despite this rich heritage, roman traditional food is more related to popular practices where no part of the animal goes to waste (del maiale non si butta via niente!). Some of the most common ingredients are therefore tied to more modest origins, like lard, herbs, lamb, pig and various vegetables. Being great lovers of this cuisine and of the roman raw materials here we want to suggest you some typical roman food you absolutely can’t miss when visiting the Città Eterna.

Supplì: originally sold only in the friggitorie (fried-food shop) of the city, they consist in croquettes of rice filled with beef ragout and mozzarella, than fried up to a golden, crisp, ideal point. Today they can be found in every restaurant as a popular starter.

Spaghetti alla Carbonara: As part of the Mediterranean region, pasta is a one of the defining elements of the traditional roman cuisine, also rich in olive oil, wheat, bread and wine. This dish is prepared with spaghetti dressed with a sauce made of eggs, oil and black pepper, joined with guanciale (pig’s cheek) and pecorino.

Bucatini all’Amatriciana: bucatini are a particular roman kind of spaghetti, thicker than usual and with a hole running through the center, able in this way to capture even more sauce. You can season them as you want, but they are particularly used for the Amatriciana sauce: tomato puree, oil, pepper, bacon and roman pecorino.

Spaghetti cacio e pepe: as usually said in Italy, simplicity is the highest perfection, and that’s exactly the theory behind this roman recipe. Three ingredients only, in fact, are necessary: roman pecorino, black pepper and leftover boiled water of the pasta. Every restaurant has its own way to create this coating, but the real secret for the success is rarely disclosed.

Carciofi alla giudia: literally Jewish-style artichokes, in this case the vegetables are opened like flowers and fried in a large frying pan.

Coda alla vaccinara: as we already said, in the Italian tradition nothing of the animal goes to waste, and this is a brilliant example of the use of some less noble parts of the animal. In this case the oxtail is cooked with high quality ingredients like tomatoes sauce, celery, aromatic herbs, spices, wine and pancetta (bacon).

Saltimbocca alla romana: another popular dish, the saltimbocca (literally jump in the mouth) are composed by rolled-up veal with ham and sage, cooked in white wine and butter.

Maritozzi con la panna: once the favorite and most popular breakfast in Rome, today they have been replaced by croissants, but absolutely, when in the Eternal city, be sure to taste this delicious dessert. They consist in small buns with a longitudinal cut filled with whipped cream, originally enriched with grapes, pine nuts and candied orange. The name, coming from the Italian word for husband (marito), is related to the old tradition of donate this sweet to the future wife together with a ring or a small jewels on it.