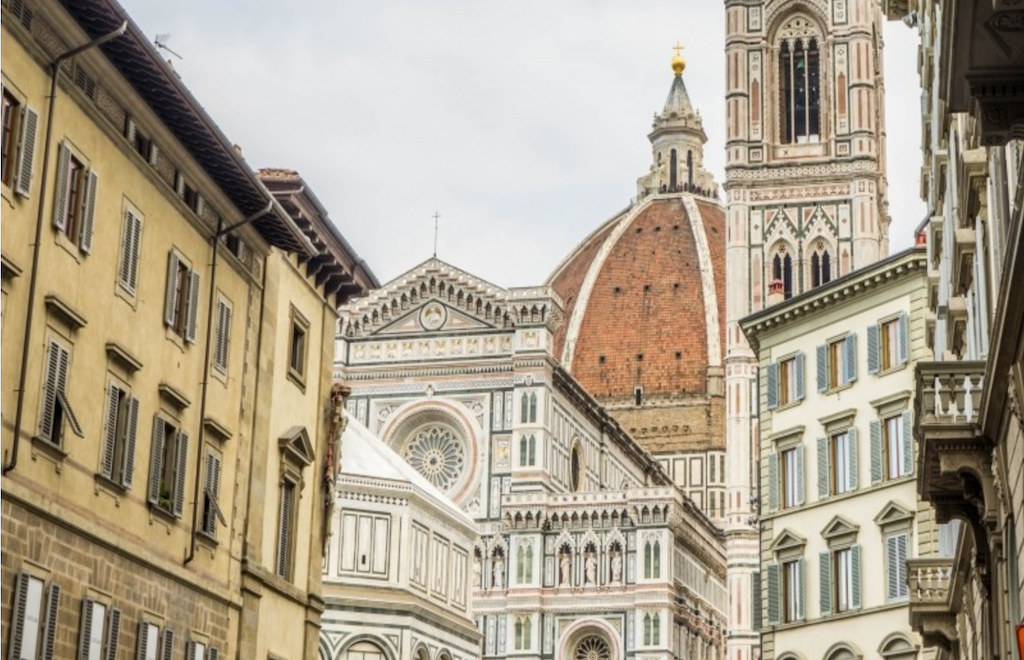 Cradle of the Renaissance, Florence is one of the most visited cities in Italy and in Europe. Its features attract millions of people every year and among the many reasons to visit Florence, one of the primary is to experience and see its marvelous pieces of art and history.

According to UNESCO, Italy has the major number of World Heritage Sites many of which lies in Tuscany. Of the stunning artistic heritage in Florence, by the way, only a few are the most popular spots that tourists keep on seeing when visiting this marvelous city. Among the many some pieces are indeed true treasures: Michelangelo‘s David, Botticelli‘s Birth of Venus and Allegory of Spring, Leonardo da Vinci‘s Annunciation or the Brunelleschi’s Dome.

But besides the Uffizi Gallery and the Accademia Gallery, many others are the opportunities to be amazed by the richness of art and history in Florence. Obviously we would never say that you have to set aside these masterpieces of art but, if this is not your first time ever in Florence, and you don’t want to stay for a long time on the queue while waiting to enter in these cultural institutions, here we suggest you something interesting. Even though full of charm and splendor, some places and sites are less considered than the most popular museums. Don’t make the mistake of judge a book (or a museum) by its cover: the lack of queue doesn’t necessarily mean that there is nothing that worth the visit in there.

We would be really happy if you too should discover these places and that’s why we propose you this list. It could be even longer, but we want to focus on some less popular locations we consider particularly charming and meaningful. The list contains renowned names like Michelangelo or Masaccio as well as some others that could sound a bit less popular. But trust us, you will be definitely satisfied by our choices!

– The Laurentian Library: at number 9 in Piazza San Lorenzo you can observe the genius of Michelangelo not as a sculptor but as an architect. In 1523, in fact, the Pope Clement VII commissioned him the construction of a library able to host the manuscripts and books of the Medici, revealing at the same time the power and wealth of the Florentine family. All the spaces here are rich in details and everything has been carefully considered before its construction. The library is an example of mannerist architecture able to describe Michelangelo’s architectural method; particularly interesting are the staircase as well as the decorations and the tall and narrow space of the vestibule.

– Museo dell’Opera del Duomo: this museum collects many of the masterpieces coming from the Duomo and from the Battistero of Florence, and today it hosts one of the most important collections of sculpture in the World, able to convey an idea of the artistic excitement of Florence during the XIV and XVI centuries. Among the many pieces of art, we strongly encourage you to observe the Gates of Paradise realized by Ghiberti as doors for the Baptistery, the Pietà (also known as The Deposition) by Michelangelo, and the Cantoria (or singing galleries) realized by Donatello.

– Galileo Museum: this museum hosts one of the most important collections of scientific instruments in the World, as testament of the great role science recovered in Florence during the age of the Medici Family. Among the many elements in the museum, among which lie some of the authentic Galileo‘s artifacts, we encourage you to explore the rooms and discover the beauty of the many celestial and terrestrial globes, among which the stunning Sphere created by Santucci. All the tools and instruments will let you start a curious and fascinating journey through the past!

– Santa Maria Novella Church: this church is one of the most important examples of gothic architecture in Tuscany and both its inside and the exterior involved great artists for its construction: Leon Battista Alberti, Masaccio, Giotto and Ghirlandaio. The value of the church, dating back at XIII century, are related to the fact that the façade is not only the oldest in Tuscany, but also the only original one still in place. The façade and the cloister are particularly interesting by themselves, but what really will steal your heart are the breathtaking pieces of art in the interior of the church. Attributed at Brunelleschi, the magnificent layout of the church works as scenery for masterpieces like the Trinity by Masaccio, the Giotto’s Crucifix and the Strozzi Chapel.

But that’s not all, to discover other hidden beauties of this city, read the second part of this post!